We Love!! This Blind Skater…

This interview was particularly enlightening because Mr Eazi has shared his working formula on how he makes so much money from his music. It’s a must listen for artistes- emerging and established- on  really important ways of selling music… 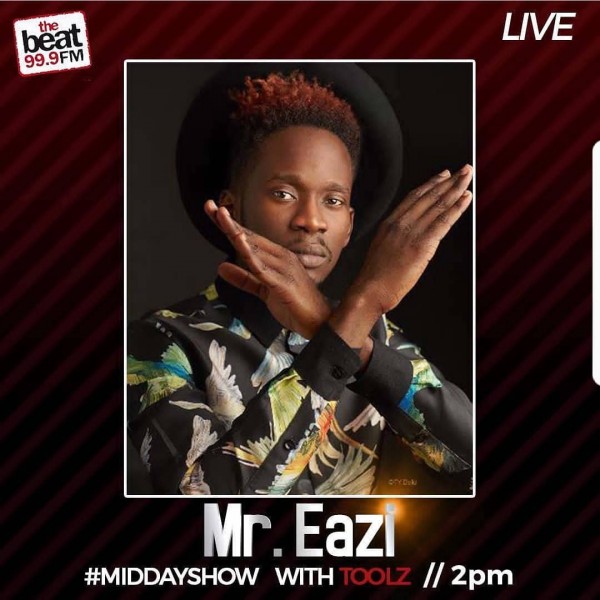 Mr Eazi talks of how he got Giggz on his new single; London Town and it has been his fastest selling songs since he started music and it did 2 million streams in 2 weeks.

He has a licensing deal with Universal Music Africa and it means they can monetize his music for a set period of time only in Africa and there is an upfront advance fee to his label. So if the licensing deal is for 2 years, they can monetize his music and make their advance fee back and after 2 years, it comes back to him. There is also a marketing fund provided so he doesn’t have to spend his money to promote the music

In the U.K, he has a licensing deal with Columbia UK but as opposed to an entire project (ep/album), he gave them 2 songs. So there is another advance fee and a marketing budget for the U.K which according to hints, is much more than 200,000 Pounds. He gave them London Town and another single off his forthcoming project and they have the rights to it for 7 years. Based on how they do with this, he might give them the entire project. Basically, all the sales/streams in the U.K goes to Columbia.

After they recoup their advance fee to Mr Eazi, the percentages change and Mr Eazi starts to get larger chunk. The marketing fund is not recoupable.

With international producer; Diplo, they have a licensing deal for the remix of Leg Over and Pour Me Water in North America and the deal is different as they split the revenue from the start.

The money he got for his entire Lagos to London EP is what he is getting, now, for one song.

He would do more deals for Europe and America.

International investors are all about numbers. They want to know how many sales you have and selling albums at 150 Naira is not very profitable for the artiste

*Mr Eazi talks to his fans*

Eazi just registered to vote and now has his voters card and that’s the main reason he came to Nigeria and lectures on the importance of getting the PVC.

On what matters to him most, the music and money matter equally. The music is his tool to effect change but the money pays the bills.

He is launching a $100,000 fund for emerging artists in Africa where $1,000/$2,000 will be extended to talented artistes who are over 18 and are registered to vote in whichever African country you reside in.

Pour Me Water, his single, has done over 12 million streams on Apple Music and Spotify and for every 1 million stream, he constructs a well in communities without water. In Ogun state, he has constructed 3 wells.

He and Temi Otedola have been dating for over a year and it was at a Cuppy event in London that he met her and when he first introduced himself to her, he didn’t know she was Cuppy’s sister. He wasn’t intimidated by her status as a billionanire’s daughter

If he were to marry her, he talks of how he would propose to her

He talks of his forthcoming music and projects