Toolz Charity of The Month: Heart of Gold Children’s Hospice. 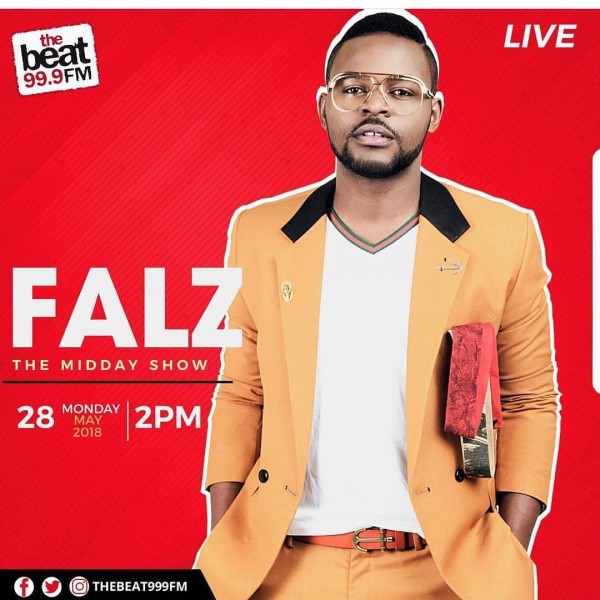 Video has garnered millions of views in just days

Falz was very excited at Diddy’s recognition of the video

Toolz notes that some of the Americans didn’t understand the concept of the video because of the continental difference.

On what inspired his version, Falz says the original was a powerful piece and a great avenue/medium to use to expose our own injustices

In the video, Falz raps about the 419/Yahoo Yahoo epidemic and he believes that lifestyle has a lot of support amongst Nigerians because there are a lot of benefactors… he goes on to talk of how people tried to pit him against 9ice, who has sang in support of this lifestyle…

Falz says the government is being sluggish about the Fulani herdsmen situation.

Falz argues that Buhari who is from the north isn’t very compassionate about his northern people who are being killed by Boko Haram.

On the criticism that he had girls in hijab dance Shaku-Shaku, FaLz defends that by saying they are a representation of the Chibok girls and he finished by saying; he didn’t kidnap the girls, he didn’t rape the girls and people are shooting the messenger.

On the codeine ban, Falz argues that there are alternatives to that for cough and banning it isn’t such a bad idea

Falz recounts the time he was stopped by policemen and how they assumed his car was stolen and ordered him to step out of it and because he had time, he followed them to the station.

On getting there, he noticed that the police station was not completed and was in a general dilapidated state and he felt truly sorry for them

The policemen lacked the necessary paraphernalia to conduct an investigation and from Falz’s narration, the police force needs a huge and total revamp

Falz explains the religious part of his video, highlighting preachers who are currently abusing the system.

The churches have used the money paid as tithe to set up businesses and they are not being legislated by the government because of the ‘church’ cover.

Falz argues that people have been brainwashed and men of God cannot be questioned.

In response to those who say he copied Childish Gambino, Falz says he stated that it was simply a cover and he cannot make money off the video or song in any manner or form because it isn’t an original and the instrumental belongs to

Falz laments the fact that Nigerians are quite selfish, do not want to help the next man in need and that is part of the things that fuels corruption.

On his funny persona, people recognize it is a medium of entertainment and it doesn’t mean people do not take him seriously

He doesn’t plan to go into politics.

His dad, Femi Falana, has seen the video and is proud of it. His dad has always wanted him to include some political activism in his music

*Falz interacts with the fans*

He is working on an EP of purely socially conscious music and it will be titled; Moral Instruction