We Love!! This Sweet Show of LOve Between This Couple (Chris & Emily Norton) 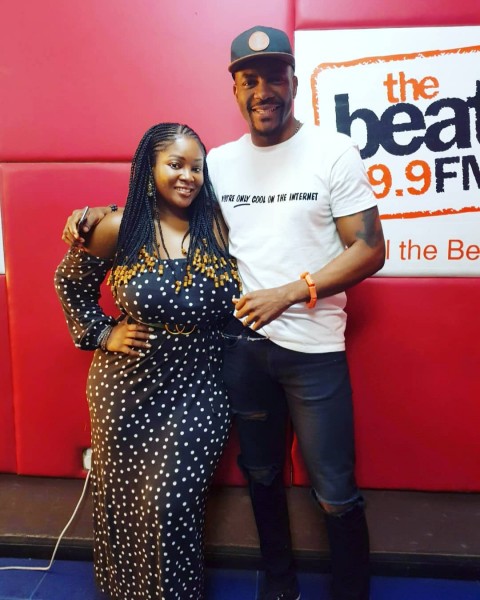 This season was themed Double Wahala and from the start, it was decided that there would be pairs so it would be double the trouble and the final 10 would play as individuals. The pairing thing had been done with BBAfrica and BBSouth Africa so it was time to test it with Nigeria’s franchise

This season was more dramatic than last season

It was the biggest season on the continent yet. The numbers were out of the park; the votes were a total of 170 million and these numbers have never been done in Africa, before.

Ebuka does not have any power or say in choosing housemates, he only shows up at the start of the season and the best advice he can give to housemates is; be yourself.

With every season, they are looking for drama and a mix of characters so if they have already picked a dramatic and quiet person before your turn, they won’t pick you

At the start of every season, there is a moodboard/template of the kind of housemates they want.

The audition committee had no idea Tobi had worked for Heritage Bank, Leo had modeled for Payporte and Ahneeka had worked for Linda Ikeji and if they knew, these housemates (especially Tobi and Leo) might not have gotten in. Sponsors are usually not a part of the audition process

Cee-C had said that she met him before but he has been to a lot of events in Lagos and cannot remember ever meeting her because he met so many people.

Cee-C was not very cordial with visitors, she never really said ‘hi’ to the DJ’s…

*Ebuka spoke about the time Cee-C insulted him*

When he got into the house to evict BamBam, Cee-C didn’t greet him

Also because Cee-C was fond of disrespecting Ebuka when she spoke, it fueled the gist that they knew each other before the house or had had a relationship of some sort

His wife knows all the people he has dated in the past so she knew the rumour about Cee-C was not true.

Ebuka thinks Cee-C was popular because a lot of people liked her for the drama and she was entertaining. Also because she was perceived as strong.

During the audition process, they had a thousand people who came with the ‘Warri’ persona because Efe had won the year before but none of them got picked because they usually do not go for different mix of characters every season

Lolu and Anto was Ebuka’s favourite couple because Lolu’s lyrics to Anto were ‘fire.’

Of all the couples in the house, he feels Teddy A and Bam Bam would last.

There was a debate about having 2 channels at the start of the game because of the huge number of housemates.

Ebuka insists Anto had the highest number of votes the week she went back in because she campaigned hard and threw the Lolu story around a lot.

Ebuka would get along with Teddy A, Tobi, Lolu and Princess.

He feels Princess left too early, and he would like to pick Lolu’s brain. He sees some of himself in Tobi.

Toolz asks why Efe wasn’t invited to perform and why the in house DJ’s didn’t perform his most successful song; ‘Warri.’

From last season, the fact that we don’t see housemates in our faces does not mean they are not doing well.

Ebuka admonishes housemates to not try to compete with each other

A huge chunk of the votes were from online votes.

From the SMS votes, the telecommunication companies also take a percentage

Miracle, from the first 2 weeks, didn’t look like he would win. But later on, he became the most respected and he deserved to win.

Alex, Khloe, Tobi and others were entertaining and while Miracle wasn’t much fun, he was likeable