Toolz’ Thoughts: The Back Up Plan 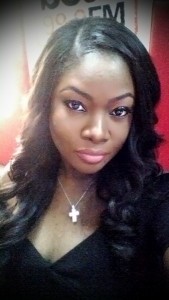 This is my first Toolz Thoughts’ of 2014, so I can still say Happy New Year beautiful people! We made it to 2014- all thanks to God! First off, I’d like to say a big thank you to everyone that reads Toolz’ Thoughts. Writing is something I find great comfort in, but I haven’t always been confident about. Your comments, tweets, RTs are so encouraging and I thank each and every one of you for that.

One of the main reasons I love doing Toolz’ Thoughts is because it promotes discussion, which I think we need more of – especially in this country. I genuinely enjoy reading and learning from (most of) the comments and once again thank you to everyone that contributes.
*and end of thank you speech*

I stumbled across this book: ‘The Confident Woman’ by Joyce Meyer in my sister’s library and so far it has been an awesome read.
There’s a particular paragraph that really resonated with me. I’m trying to be a better business-woman, so this bit of wisdom had perfect timing. Joyce wrote: Confident people do not concentrate on their weaknesses; they develop and maximize their strengths… … The world is not hungry for mediocrity’

There are certain skills that on a scale of 1 to 10, we might be at a ‘2’. You could work at being better at this skill day and night; dedicate a huge percentage of your time to it. With the blood, sweat, and tears you put into being better at the skill, you could end up being a ‘5’. However, while you have been putting all that effort into eradicating a weakness, you have probably neglected the opportunity to perfect a skill that you are naturally gifted at. Essentially you may have missed the opportunity to turn a ‘6’ into a ‘9’.
Joyce follows up with a story about a pastor she interviewed and when she asked about his weaknesses the pastor said: ‘I don’t concentrate on them. I am sure I have some, but I can’t tell you because I just don’t focus on them’.

I can’t say I agree with ignoring your weaknesses, but I definitely think it may be more effective to limit the amount of time/effort that is put into correcting the weakness. Developing/perfecting your strengths and limiting the focus on your weaknesses may not be the easiest thing to do, but it seems to be a necessary principle for success.

I believe that everyone has a natural gift from God, it might take us a while to realize them or we may have other things that distract us and prevent us from discovering them. Sometimes we might even focus too much on what we aren’t good at and forget to develop/ perfect our talents.

For example, Diane Warren is one of the most successful and influential women in music. She is often described as ‘the most important songwriter in the world’ because of the number of hits she has penned. These include: ‘Because You Loved Me’ which was a tribute to her father, and famously performed by Celine Dion. She also wrote ‘I Don’t Want To Miss A Thing’ performed by Aerosmith, ‘How Do I Live’ performed by LeAnn Rimes and ‘Un-break My Heart’ performed by Toni Braxton just to name a few. She has also written for Whitney Houston, Beyonce, Jennifer Lopez and lots more.

She probably started out wanting to be an artist, maybe she suffered from bad stage fright or she wasn’t a great performer, nevertheless today she is very successful (and very very rich).

Imagine if performing on stage had been one of Diane’s weaknesses and she spent so much time working on improving her stage performance and inevitably neglected her songwriting skills – would she be as successful as she is today? If she had managed to get her performance skills from a ‘3’ to a ‘5’ would she have the stack of awards she has now? In a world where you have amazing stage performers who are probably 8s or 9s? Probably not.

Another example, Richard Branson the head of the Virgin Group suffers from dyslexia which caused him to leave school at 16. He could have let this weakness defeat him, but he found a way to work around it. Richard would get his staff to read out presentations to him to understand them better.

I could go on and on, but what I learnt from ‘The Confident Woman’ is that it is important to identify your ‘selling point’. Figure out what your God-given talent is and strive to develop and improve it. Everyone has a weakness that could distract from perfecting that talent…if you let it. Why spend so much time bringing a skill from poor to average? You could invest that energy into taking a skill from good to excellent!

I’m not saying that giving up on correcting your weaknesses is the way to go, but being conscious of and limiting the amount of time and effort you spend on, in my opinion is a good idea.

Coming up with ideas is one of my strengths, however, one of my weaknesses is being organised enough to execute these ideas. The main reason I’m a bit of a scatterbrain is because I’m thinking about so many things at once. My friends often joke that I have the attention span of a fruit-fly. I have tried to be a bit more organised and meticulous. While I have improved a little, it did take a massive effort. I figured it would be wise to get a project manager to handle some of my big projects – someone who is naturally meticulous, organised and not forgetful- unlike me.

So in the words of D’Prince, ‘What’s your selling point?’ And most importantly, are you doing your best to capitalize on it? 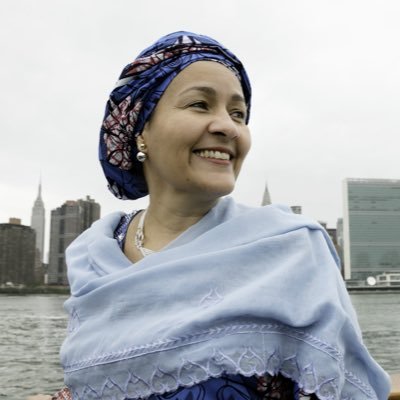